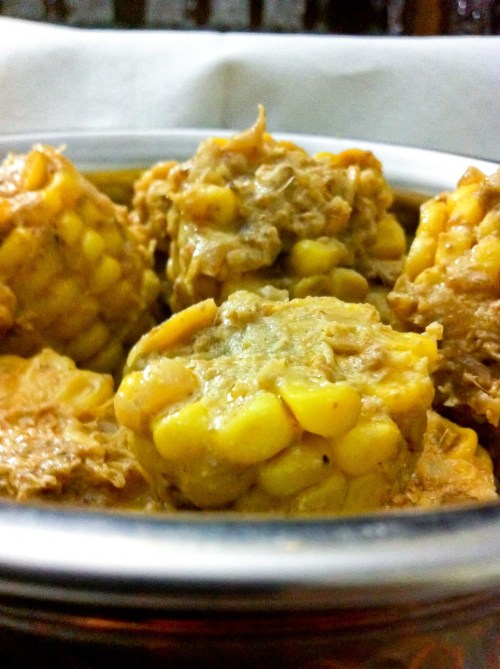 I am starting this new thing- “Garam Masala Tuesdays”. The concept is simple- every week on Tuesday I’ll be posting an Indian recipe and will try to explain it to the best of my knowledge.

Why the name “Garam Masala Tuesday”, you ask?

Well, for a long time, on most of these cooking show challenges, whenever some one is asked to make something Indian, more often than not they add garam masala to give it that Indian touch. That’s how most people outside India view Indian food to be. So thought the name would be apt. But that’s also one misconception that has been going around for a while. In fact, I hardly use garam masala in my cooking- a habit probably I get from my mom, and know a lot of other Indians who do not put garam masala in every dish that they make. Yes, garam masala is integral to Indian food but there is much more to the spices we use than just garam masala. And that’s what I hope to show you.

Well, before coming to US, I had never made anything Indian. Occasionally (and that means once in two years or so) I would cook something continental, and yes, I would bake on and off, but never did I enter the kitchen to cook Indian- nor did I bother to see when someone else was cooking it. Now, a little over  than a year later, I have gone from calling my mom every day to ask the minutest of details on how to cook this vegetable or that gravy to trying exotic Indian dishes of my own.

Not that I have become an expert on Indian cooking- but am learning my way through it and would like to help other people who would like to learn as well. A lot of people , especially where I stay in US, have shown interest in Indian food and so I thought of starting this weekly post on Indian food. Hopefully it would help you all in getting to know Indian food a little better.

A lot of Indian food is made by pure feel. In fact I think it holds for cooking in general, where you change the amount of this spice or that spice according to your own likes and dislikes. Its not like baking which is an exact science. You can play along with the ingredients- so even though I will try and put in the exact amount of what I put in a particular dish, always feel free to change the quantities. And of course, if you are not a fan of the chillies in your food, do reduce the quantity and deseed the chillies so that you get the flavor but not the heat!

For my first “Garam Masala Tuesday”, I am posting a recipe my best friend’s mom sent to me right after I got married. Neela aunty used to make this delicious Bhutte ki Sabzi whenever I used to visit my friend B’s house. Bhutta is the Indian name for corn and well, bhuttey ki sabzi,  is a vegetable made from corn.

Neela aunty knew it was one of my favorite dishes, so more often than not, it would be on the dining table when I was at their place.  She is one of the sweetest Mom I know and one really really good cook. When I got married, she sent me this letter with the recipe. 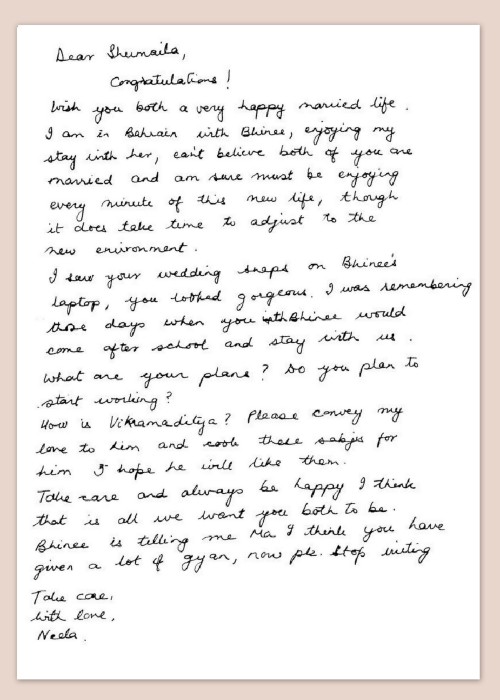 Note: The recipe calls for ghee- clarified butter. You get ghee in all Indian stores.  In case you can’t find ghee or do not want to buy it for just one recipe, you could substitute with sunflower oil but the results won’t be the exactly the same- ghee  gives a richer and much tastier dish- of course it is more fattening. One could make ghee at home too- but I have not tried doing so yet. When I do I will surely post about it.

You can make this dish with just the corn kernels, but I prefer it on the cob, because sucking on them after the corn has been removed is just so darn yummy (I hope I did not make that sound dirty!).