Last week I did not post on GMT. Not that I had no recipe. In fact I had cooked three different Indian dishes that could have potentially been blogged about. But, I was not able to take any pictures. And, then I sprained my ankle and could not cook for a while, thus, taking a break from cooking and blogging. But, I am back this week with Garam Masala Tuesdays (I know I am posting this a day late on a Wednesday but I could not post yesterday as I do not practice BUI- Blogging Under Influence- yes! it’s a term..well, actually I just made that up but I do think there should be such a term and I do think it is not safe to BUI- you never know what secrets come out!) 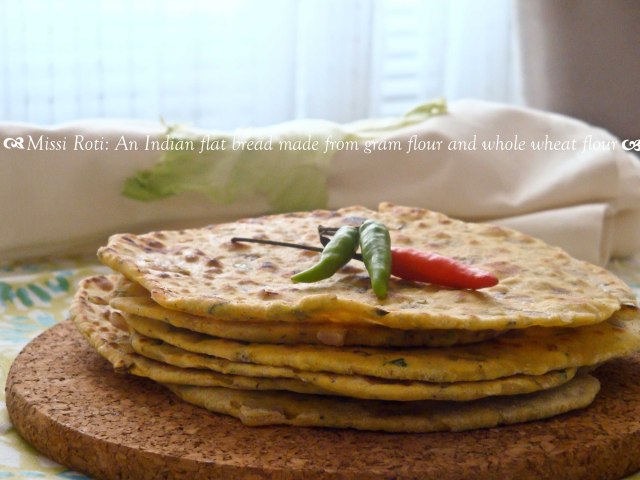 Anyway, yesterday, we installed Indian channels. Its been a year we have been here and we hadn’t subscribed to them earlier because I was never a fan of Hindi serials- they all start off well and then drag on, and I could never follow or understand them. So, we thought it might be pointless paying so much for these channels. But, for the last one month we had been contemplating giving these channels a chance. So yesterday when the guy installed the dish and I switched on the TV to a bollywood number on our TV, I was nostalgic like crazy. And there I was. On my sofa. A tear in my eye. Nope these weren’t tears of happiness. But me, missing my home, my country, my people, missing the senseless lyrics of Bollywood songs, the colorful dresses, the bargaining for a Rs.10 (20 ¢) hairband, the food, the crowded streets, the blaring music, the non stop horns for no reason- I started missing it all.

There are  a lot of things wrong with my country. I am aware. But, like every mother who knows his kid isn’t the perfect one and still loves him/her nonetheless, I love India. The country is imperfectly perfect for me. And like every mother who is away from her child, I too ache to be back in my own country. No matter how comfortable life is here in the US and the independence I have in running my house the way I like, I miss the crazy life of India. I really do. I have never been a person happy away from India. I experienced the same feeling when I stayed in Moscow for two years. I did enjoy myself there too but there was a part of me that craved India, and that craving in me is alive, now and always.

Another thing I miss about India, a feeling that I have bandied about on the blog before, is the food. And thanks to the small town we stay in I miss eating Indian food in restaurants or from roadside vendors even more! So, recently, when our friends from phoenix were over, we went to Tucson and had dinner at this Indian restaurant- Sher-e-Punjab and it was pretty good. Some of the dishes had seasoning issues but the flavors were bang on target for most dishes. (All ten of us, though, are pretty convinced that there was some mistake with our bill because we ordered a ton of things and the total came to be very affordable, bordering around the lines of really cheap food, especially since its Indian)

The one thing that all of us loved at Sher-e-Punjab were the missi rotis (an indian flatbread), served with butter. Even though some people had stuck to their usual order of rotis and naans, the 2-3 of us (like me) who did order missi roti, convinced the others to try them. And, they were glad that they did!

Missi roti, pronounced “Miss-ee Row-tee” is a staple in Punjabi homes and is basically roti prepared from besan or gram flour/chickpea flour. Served with a dollop of butter and accompanied with any Indian vegetable or lentil dish, missi rotis are an excellent way of sprucing up the proteins in your diet. Missi Roti can be served for breakfast with curd or pickle. Missi Roti is good for diabetics too because of gram flour added to it as an ingredient. Gram flour is said to keep insulin levels in check!  Missi roti makes you very thirsty, so be prepared to drink a lot of water after eating it!

Traditionally Missi Roti made in the tandoor but at home I make it on the tawa (cast iron skillet). My mom adds pomegranatae seeds and is supposed to be key to the missi roti flavor. I did not have it, but if you do, for sure add pomegranate seeds (anar dana). You can also change the ratio of besan (gram flour) to whole wheat flour but accordingly change the amount of water you will require for kneading.

Naan takes the cake among foreigners but try this unleavened Indian flat bread made on a hot iron plate (tawa) from whole grain wheat and legume (chickpea)  and you might change your likes. Plus, for the health nuts, its more nutritious than traditional Naan as gram flour is high in protein and iron.

To try another Indian bread, check out this post on pooris.