So, I am a defective piece. I was finally recovering from my sprained ankle- which FYI I sprained COOLING down after exercising. Yes, I do realize the irony- isn’t cooling down done to avoid such injuries? But, I guess my body defies all norms. It really does!

So as I was saying, I was finally recovering from my sprained ankle- when, out of the blue and without doing anything I have this severe lower back pain. 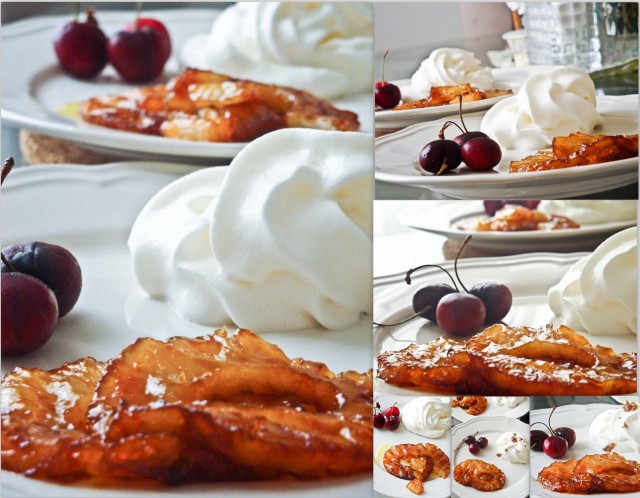 Now, I have a weak lower back- all the years of slouching, bad posture and of course carrying my excessive weight (ok! it’s not that excessive but its quite a lot for me to handle!) has resulted in a weak lower back which results in back pains now and then, but never has the pain been as bad as it is this time. And the most frustrating part is that it started when I was doing absolutely nothing! Its almost like my body was like-

C’mon lumbar area- do your stuff- start paining- give her pain- give her some real physical pain!”

*the body then goes ahead with a devilish laugh*

and bam! my lower back starts paining.

That’s why, when I have an important outing- my face gets a zit.

I could cite more examples but I am scared my body would catch up on me catching onto it and do something more severe. (You would think that my body would have had its fun with giving me a painful lower back. But, nah! my body is not that kind!)

And well this pain could not come at a worse time. I am trying to lose weight and have been doing good with my exercise regime. My goal is to fit into my pre-marriage jeans and things were looking pretty good with the dedication I was showing. But, all good things come to an end even though I didn’t expect it to so soon!

I have no clue though how I let myself to become so fat. Actually I do know- it’s all V’s fault. He always made me believe that I looked the same as the first time he saw me- thin and pretty. 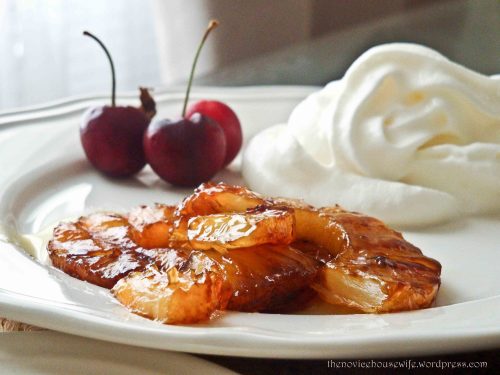 Here’s a little something about me- something that my dad has identified as the Capricornian trait– my mom has it and since I have her genes and her zodiac sign, it was but obvious that I would get it too. People with the Capricornian trait believe that the blame always lies with someone else. So even though I was the one bingeing and stuffing myself on the freakingly big portions you get at restaurants here, it’s V’s fault that I have become fat, as he led me to believe that none of those calories resulted in saddle bags and big butts (Now, don’t I paint a pretty picture of me? And yes, I know V is a lucky guy to have me:) !)

And since I’m talking about blaming people for my weight problems, there’s another person I would like to blame today. The unfortunate soul who I incriminate for such a heinous crime of introducing this easy a recipe is Pingabhi of My red M&Ms.

These caramelized pineapples are sooooo freaking good. And they are so easy to make. Served with a dollop of whipped cream or with some lemon gelato (yum!) like Pingabhi does, its a great way to end any meal.

Things this good could be so simple to make- who knew! 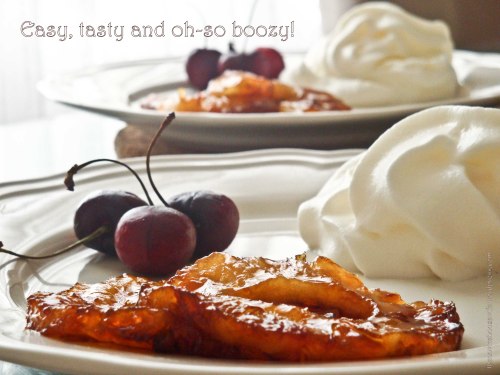