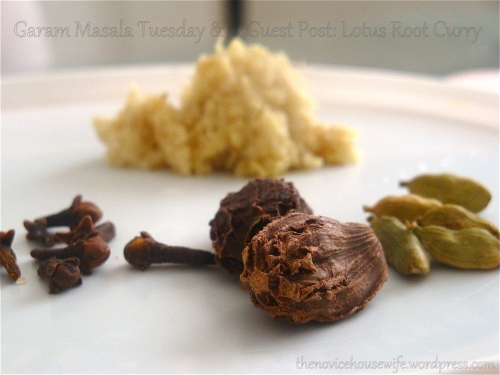 The other day, when my friend Ram Pyaari asked me to do a guest post for her blog, I was more than thrilled.

Imagine, someone else wants my random blabbering on their blog, and that too, someone who is the author of an upcoming book (translation: knows what writing is all about, unlike me who just goes on and on in unwinding sentences, mostly boring people with my mundane housewife life.)

Yup, I was beyond thrilled. Of course, a few seconds later I had nervous sweat beeds all over my face.

If I am writing on a writer’s blog– I have to do a really good post. And there was this 50 kg load on my brain- and I was busy scouting for ideas that would result in an interesting blog post- worthy enough to be put on a writer’s blog. But then Ram Pyaari assured me its my random blabbering that she wants on her blog, along with a recipe of course.

Poor thing, what can I say, she really did ask for it! 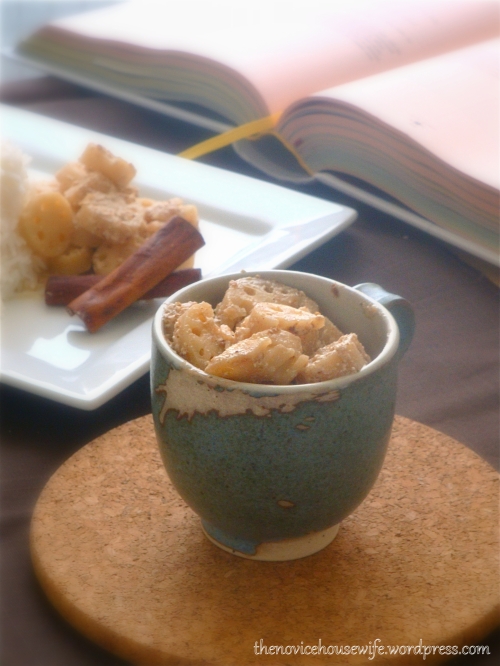 So, there I was thinking what I could guest post about.

My first thought was to share my experience of the first thing I made at my in-laws place right after I got married- halwa!

What a disaster it was!

Luckily, my in-laws weren’t at home when the kitchen catastrophe happened and more luckily enough, their cook was, who came to my rescue and made a great halwa. I masqueraded that as mine and scored brownie points! Well, actually I did not. The honest-me could not take credit for someone else’s work and told them the truth. Well, we all had a good laugh. They liked that I made an effort in the kitchen, knowing very well I had not cooked at all before. Yup, I did score brownie points after all!

But, then today when I started writing the guest post, I wanted to write something else. Also, I had made this lotus root curry that I wanted to post about for Garam Masala Tuesdays. So, I scrapped the original plan and since Ram Pyaari’s book revolves around arranged marriages I thought I’ll tell my “arranged” marriage story today.

Head over to Ram Pyaari’s blog for the story ! 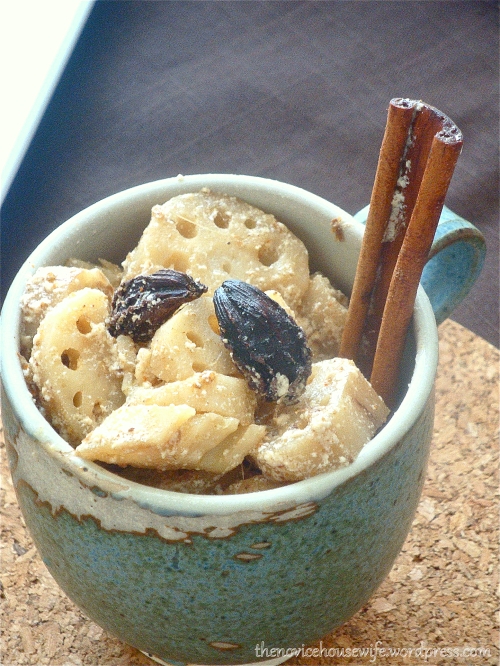 Lotus roots are roots of the lotus water lily. The roots are tuberous, with large air pockets, making them buoyant in the water, and give the lacy pattern when sliced. It has a firm crispy texture. Dishes having lotus roots are pretty common all over Asia. This is a dish from the Northern Part of India, Jammu and Kashmir. Its a fairly simple recipe, and tastes great with Tandoori Roti or Naan. I initially thoughtof pairing it with rice but its a little on the drier side to have with rice. I used frozen lotus roots, which you can find in the frozen section in Asian stores.

Adapted from India: The Cookbook 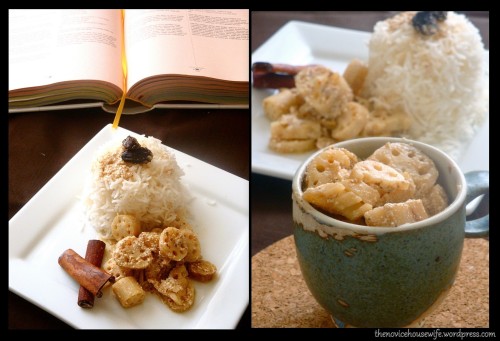 I am linking this to the Hearth & Soul Hop