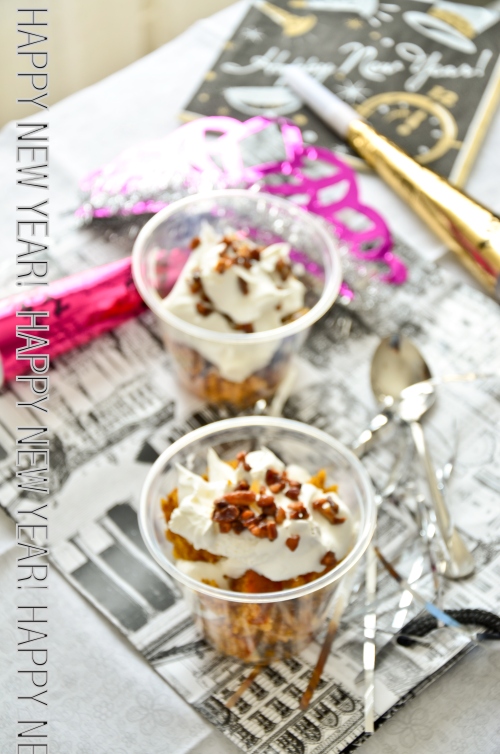 If it didn’t Bring you Joy,
Just Leave it Behind.

Let’s Ring in the New Year
With Good Things in Mind.

Let Every Bad Memory Go
That Brought Heartache and Pain.

And let’s Turn a New Leaf
With the Smell of New Rain.

Let’s Forget Past Mistakes
Making Amends for This Year.

Sending You These Greetings
To Bring you Hope and Cheer!

A very, very happy new year! Hope you had a blast welcoming 2012 and wish it brings with it beautiful moments that you will cherish for years to come.

V and I had an amazing new year eve.

There was a small get together at home with friends.

And, drinking- a lot of that actually.

There was also food- lots of that too (which I could not savour since ‘someone’ had a little too much to drink!).

Overall it was a good, good night! 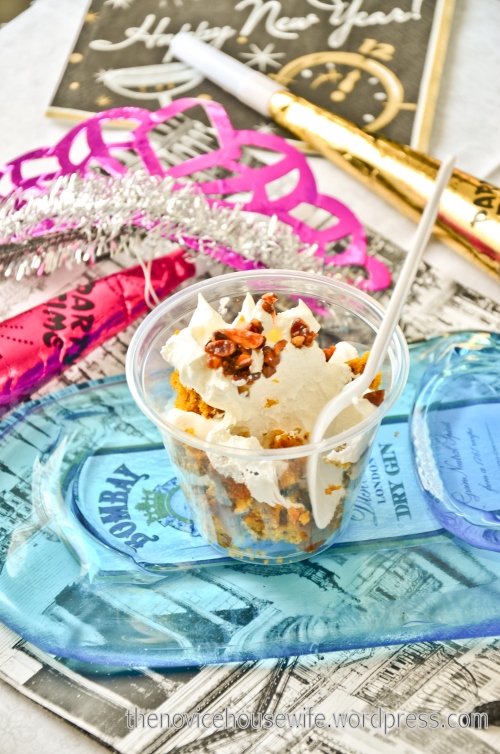 Today was mostly spent getting over the consequences of last night’s binge session. That ‘someone’ has a very limited drinking capacity and was badly hungover today.

Today was also spent watching ABC’s Once Upon a Time Marathon. Surprisingly V enjoyed it as much as I did.

Today was also spent making my list of New Year resolutions that hopefully will be followed this year.

End of 2011, I managed to save up enough for a DSLR! Yes, I am a proud owner of a Nikon and am loving every moment with my camera.

And now since I have a DSLR, there is so much about photography that I need to learn. One of the biggest 2012 resolution is to do just that. To experiment as much as possible and to capture all the special moments! There will be plenty clicking this year. And am looking forward to it.

The end of the year also saw me getting serious about losing all the weight I gained after marriage. Guess the cliche saying, you want a woman fat, get her married holds so true in my case. But 2012 I promise to become a hot mama (I really can’t pull that off, can I?!)

So the second resolution for 2012 has to be the standard get in shape resolution.

(Is it ironical, that I am writing this while working my way through a bag of chips?)

I also plan to get music back in my life.

I used to be the kinds that would hear a song on the radio and the moment I would get home, would have it on my computer.

Music dictated every moment, every emotion of my life.

Somehow I left that habit somewhere.

I plan to get it back.

Another thing that I want to do in 2012 is make more layer cakes. 🙂

Of course this resolution really conflicts with my get in shape resolution, but well, what the heck. 2012, if the Mayans are to be believed, might be the end of the world and if it is I want to go making as many layer cakes as possible. I want to be like Sweetapolita! She is my layered cake goddess!

The above would mean extra calories but I plan to share, and exercise that much harder to accommodate those calories.

To offset the many layer cakes I plan to make, the Novice Housewife will be posting more soup recipes in 2012. I want to get more soups in my meals, especially during these winter months.

I also resolve to post more recipes that are quick to make. My friend asked me long back to do so and I promised her that I would.

Today’s recipe is one such quick to make recipe. 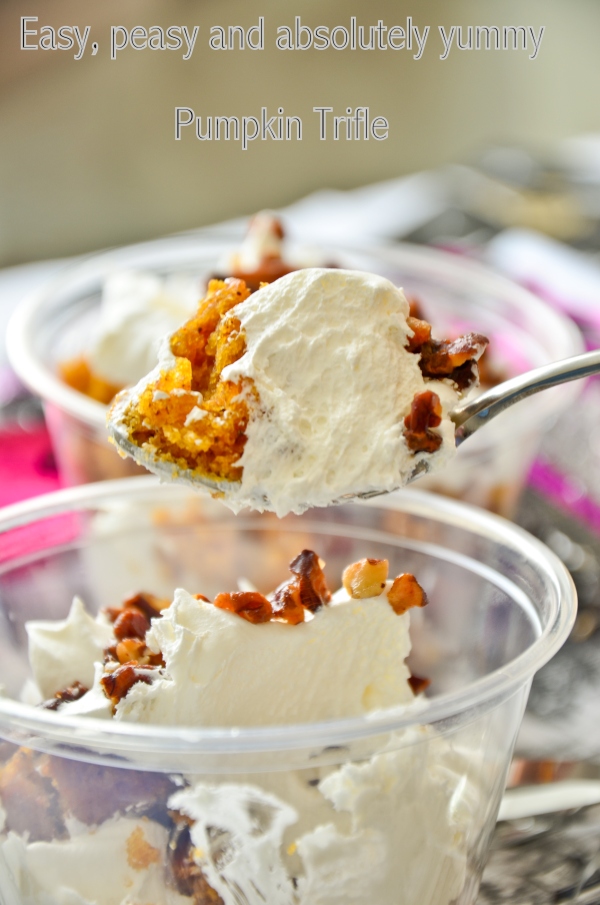 This is probably the easiest dessert one can make, and if you don’t have the time, do not shy away from store bought cake.

Trifles are very versatile and you can make variations using different cakes, combining them with flavors of whipped cream or custard, booze and topping with fruits and/or nuts.

V loved this dessert, so much so that today at dinner he requested me to make one. And believe me, that says a lot about how good a dessert is.

It took me 2 minutes to assemble it. Now how’s that for quick and easy!

You can use store bought pumpkin bread or use a homemade one. I did not make the bread. My friend had given it to us for christmas. You can also use the crumbs of a cake that you did make. The best part is you do not need too much of cake portion to make this dessert. I used one slice (very small slice) to make one portion of the dessert.

Trifle is also a great way to convert that failed cake into a dessert. You could make truffles too, if you like, but if a proper dessert is what you want, trifle is the way to go.

I used store bought whipped cream, to be precise Cool Whip. You can make your own whipped cream. Feel free to give it a twist- add some cinnamon or make it boozy!

You could top it off with some caramel topping. I used caramelized pecans. The pecans added a little crunch to the whole dessert. Feel free to use toffee bits instead. Any way you go, you will have a great tasting dessert that looks impressive to serve too. 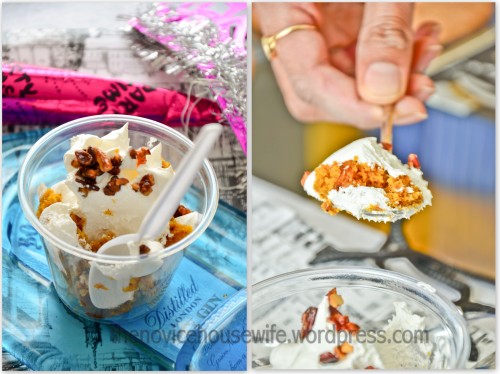