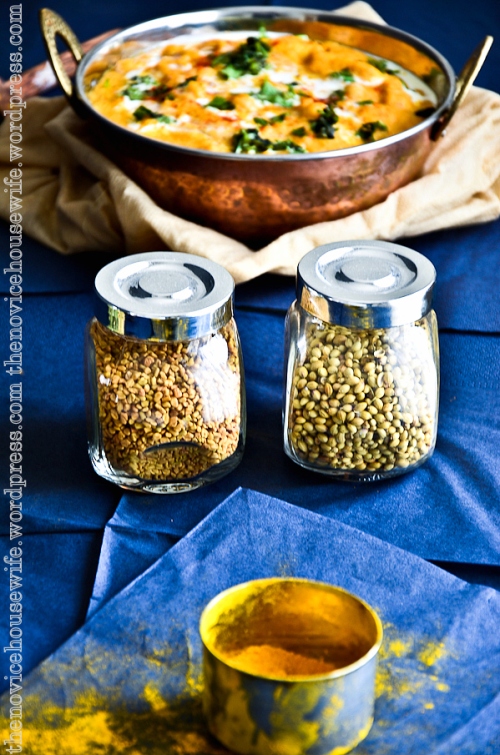 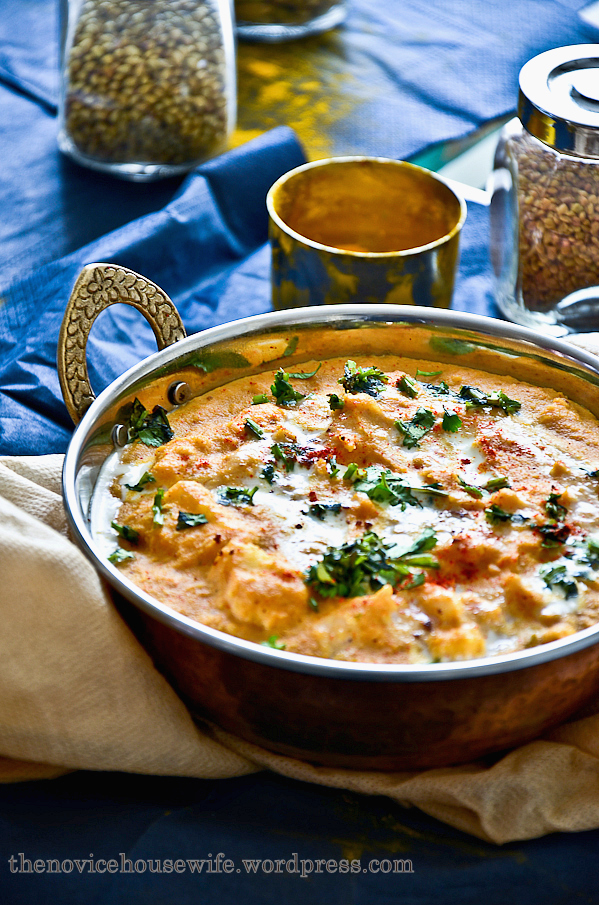 When I was in India this time, the cook at my parents’ place made this amazing shahi paneer dish at a party that my parents hosted. Now, I have made shahi paneer in the past from a recipe my mother uses. The results have been good, always good. But, both my mom and I liked this recipe. And when I found out it was so easy, I had to try it out for myself.

“Shahi” means royal in Urdu and “paneer” is the name given to Indian cottage cheese. Indian cottage cheese is much firmer than the cottage cheese that we get here in the US. Unlike most cheeses in the world, the making of paneer does not involve rennet as the coagulation agent, thus making it completely lacto-vegetarian and providing one of the sources of protein for vegetarians in India. It is generally unsalted.

Shahi Paneer is the slightly richer version of Paneer Makhani or Butter Paneer (the vegetarian counterpart of the famous Butter chicken). A major difference in the nomenclature comes from the use of nuts and raisins- the former includes them in the recipe, the latter doesn’t.

As how all recipes go, there are various versions of shahi paneer out there in the cyber space, in Indian kitchens and in cookbooks. My mom’s recipe uses dried fenugreek recipes (which I have seen other recipes also mention). But this doesn’t. Yes, there are different versions online, but I like this recipe for its straight forwardness. 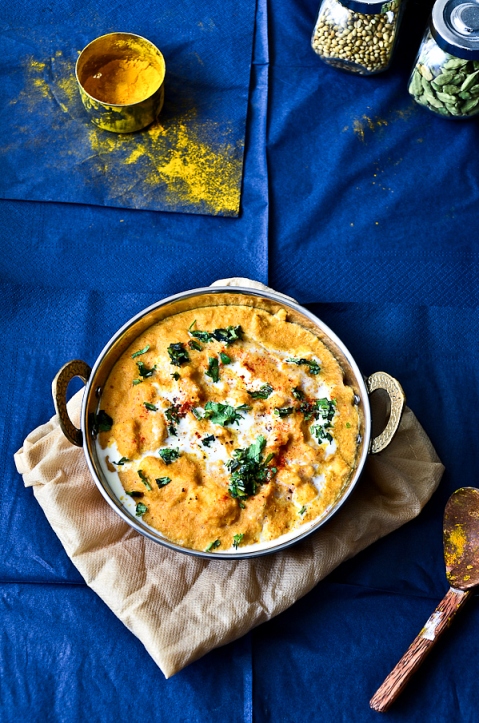 While the spices might differ from region to region and even from one household to another, the cooking method also has many variations. Some fry the paneer before putting it in the gravy. It helps in preventing the cheese from crumbling in the sauce.

I have also found Soma’s tip on baking it and broiling the paneer pretty helpful. Soma marinades her paneer in red chilli powder, dried fenugreek leaves, yogurt, salt and oil and then bakes them in a preheated 350 F oven for 7 minutes, and broiling for 3 minutes.

You can also fry the paneer pieces in a skillet. Heat some oil, adding a pinch red chilli powder, turmeric powder and some cumin powder. Add the paneer and fry till golden brown on both sides.

This recipe has been linked to Indian Food Palooza 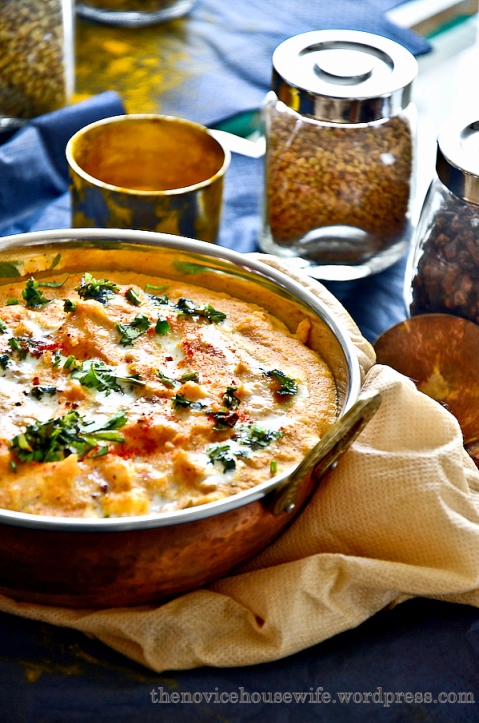 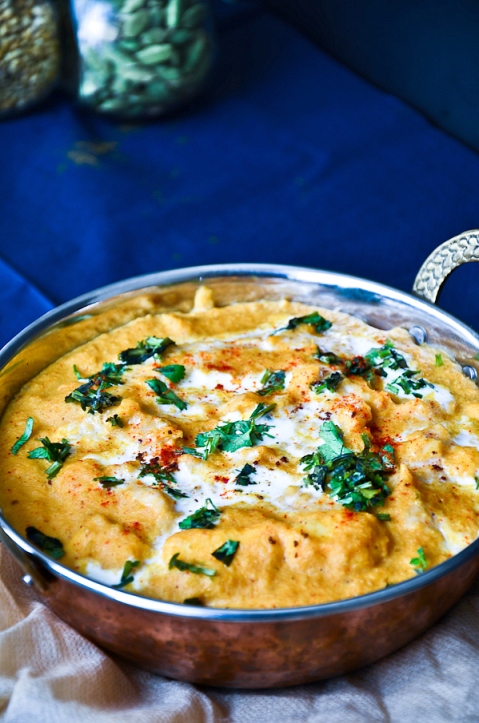 Shahi Paneer is usually a special occasion dish because of its richness.

I tried the recipe given by the cook for the first time on my own two weeks back. But, the gravy was a little too thick and rich, and a lot for just the two of us. Next time, I halved the recipe and decreased the cashew called for to a quarter of the original recipe. And now its the way I want it. The recipe below is the improvised version.

The best part of this recipe is that it does not require too many spices, and still is quite flavorful. This dish is perfect for those who would like to make Indian food at home, but do not have the necessary spices on hand. It can be served with any Indian bread, such as naan or roti.