This post has been in my folder for a long time and what’s a better day to post it than at the end of the four four-day celebration of Queen Elizabeth II’s Diamond Jubilee!

If you have been watching the coverage on TV of the the celebrations, I am sure you have been enamored by the grandeur that they were. Of course critics have argued that at such tough economic times do these celebration seem befitting. To avoid any debate, I will just stay clear off that topic(although there is a part of me that agrees, but this is a food blog and I want to keep it that). But I do understand that it is a big deal and maybe at such times you do need a reason to celebrate, even if it seems frivolous.

Nonetheless it was fun. It was like watching Kate and William’s wedding all over. And as befits a big British occasion, the rain  was persistent and relentless.

END_OF_DOCUMENT_TOKEN_TO_BE_REPLACED 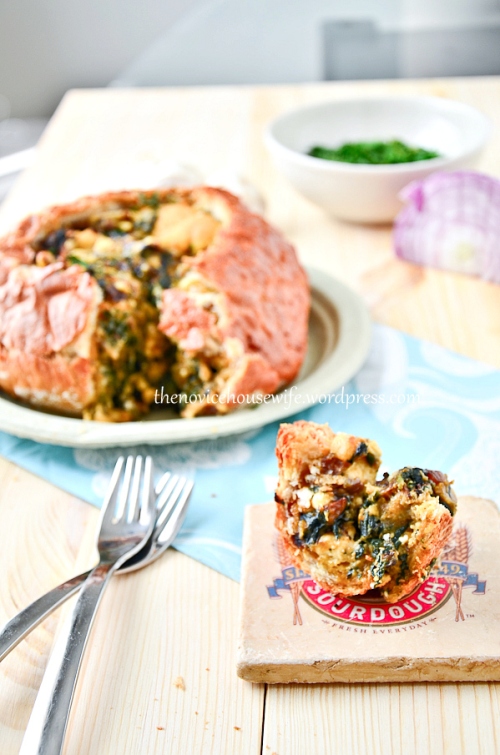 An omelet baked in bread.

I know, that was my reaction too when I saw this on Josie’s site Pink Parsley.

Like her, I too wondered why can’t I ever come up with such brilliant ideas.

This is the best breakfast meets any-other-meal kind of dish.

Josie made this for dinner and calls it a fantastic breakfast for dinner food. I actually made it for lunch. And thought it tasted great for lunch as well!

Unlike some people, who are particular that certain things can not be had for dinner, or lunch- I always feel eat what you want, at whatever time you want (well of course if that rule is applied sensibly- not eating junk every hour of the day- that’s not doing anybody any good).

END_OF_DOCUMENT_TOKEN_TO_BE_REPLACED 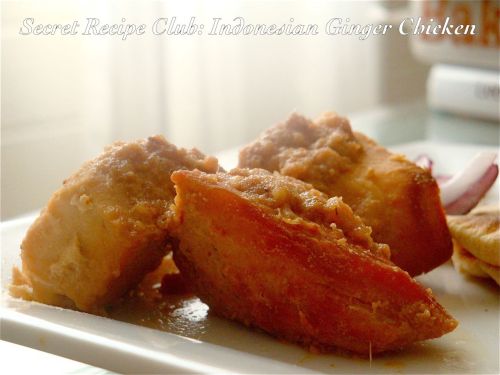 It’s India’s Independence Day and though I would have liked to post something Indian today, its also the reveal date for the Secret Recipe Club. And true to the Indian personality, I’ll give more importance to another country than ours. And I don’t mean it in a mocking way. I think that’s something about Indians, a testimony seen in their past: they have always welcomed foreigners, their ideas and their culture with open hearts, absorbing it in with our own. This has resulted in a great influence in every aspect of the Indian life- most predominantly our food. And that’s what makes India so unique.

As one of my friends PB (from the garlic noodles fame) put on as her FB status:

“Can’t imagine what would my life be without jalebi & doodh, butter chicken & garlic naan, being stuck in traffic for hours, cribbing about the infrastructure in this city, alloo tikki in chandini chawk, my 3 am friends spread around this country, my fav city delhi, over the top expression of love among family…list is endless!!would I wish were born elsewhere??…nah…can’t help but feel partiotic!! Independence day is around the corner:)”

I remember when we were in school, 15th August was marked by flag hoisting, patriotic plays and songs being performed by us school children, a thought provoking speech given by the chief guest and then distribution of sweets to all the students and an overall feeling of being a proud Indian citizen!

This day also makes me even more proud of being born and brought up in a defence environment- dad’s an air force fighter pilot, brother a Naval fighter pilot, father-in-law a retired air force officer, grandfather a retired police officer and several others of my family in the defence. I am the kind of person who appreciates the efforts of all these individuals and others who serve the country every day of the year, but on Independence Day seeing others appreciate the sacrifices of such individuals, makes me even more proud of my family and privileged to be part of them. Jai Hind!

Anyway, coming to the secret recipe club (the brain child of Amanda).

This month’s assigned blog was Bizzy Bakes. Chaya’s emphasis here is on what she calls QED – Quick, Easy and Delicious recipes. In her words,

I find cooking and baking to be comforting and I truly enjoy all aspects of the culinary arts including the clean-up.

Chaya also has another blog: My Sweet and Savory that focuses on Chaya’s growth as a cook, and includes a variety of recipes and techniques.

Chaya also features Ina’s Garden a popular biweekly linky, on her blog Bizzy B. Ina’s Garden is a place for “all things Ina”. And being a fellow Ina Garten fan, I had to pick up a recipe from Chaya’s Ina’s garden post. And I found just the recipe, Indonesian Ginger chicken.